While progress is being made, daily administration of COVID-19 vaccines in Arkansas continues to move at a slow pace, especially for vaccines that pharmacy chains CVS and Walgreens have contracted with the federal government to administer to long-term care facility residents and workers. Our two new infographics depict the respective paces of the vaccine rollout under state and federal programs.

The data used to create these infographics come from the Arkansas Department of Health, which began publicly reporting state vaccine data on Jan. 4. 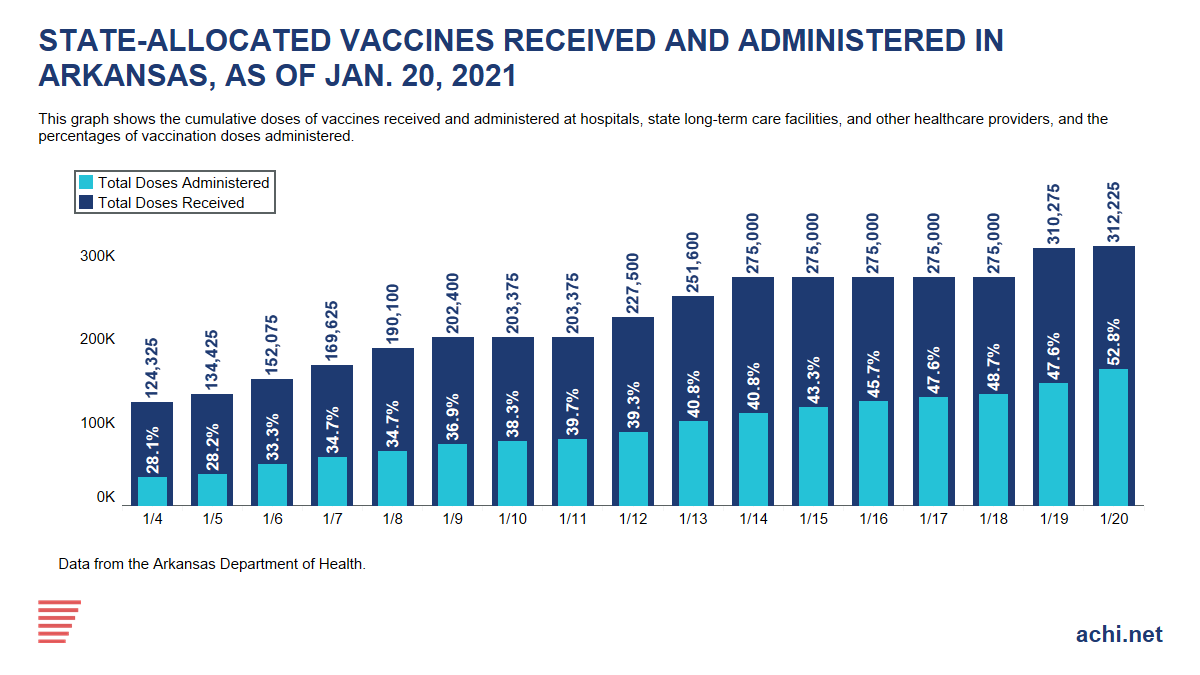 As we noted in a previous blog post, the federal government partnered with CVS and Walgreens to manage vaccine distribution to LTC facilities that chose to participate in the program. About 40% of the state’s LTC facilities chose to contract with the two large pharmacy retailers to vaccinate their residents and staff. As the second infographic shows, the state has been allocated a total of 49,400 vaccine doses through the federal program. As of Jan. 4, 5.4% of those vaccine doses had been administered to residents and staff of participating LTC facilities. As of Wednesday, the percentage had increased to 13.8%. 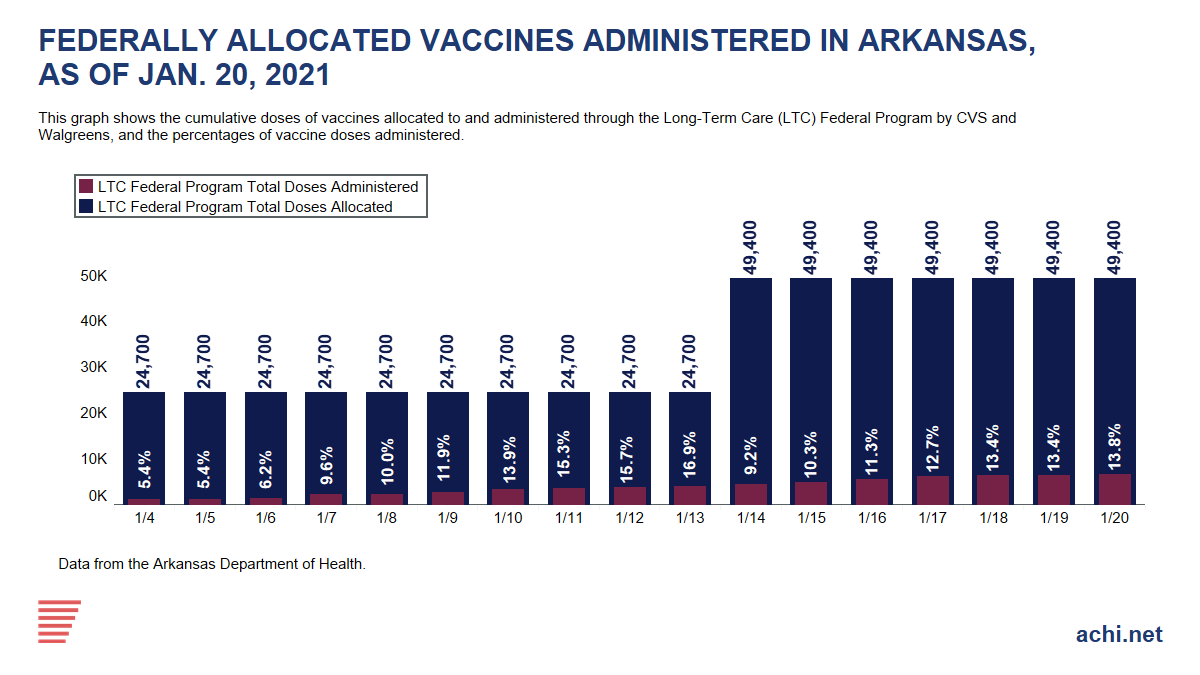