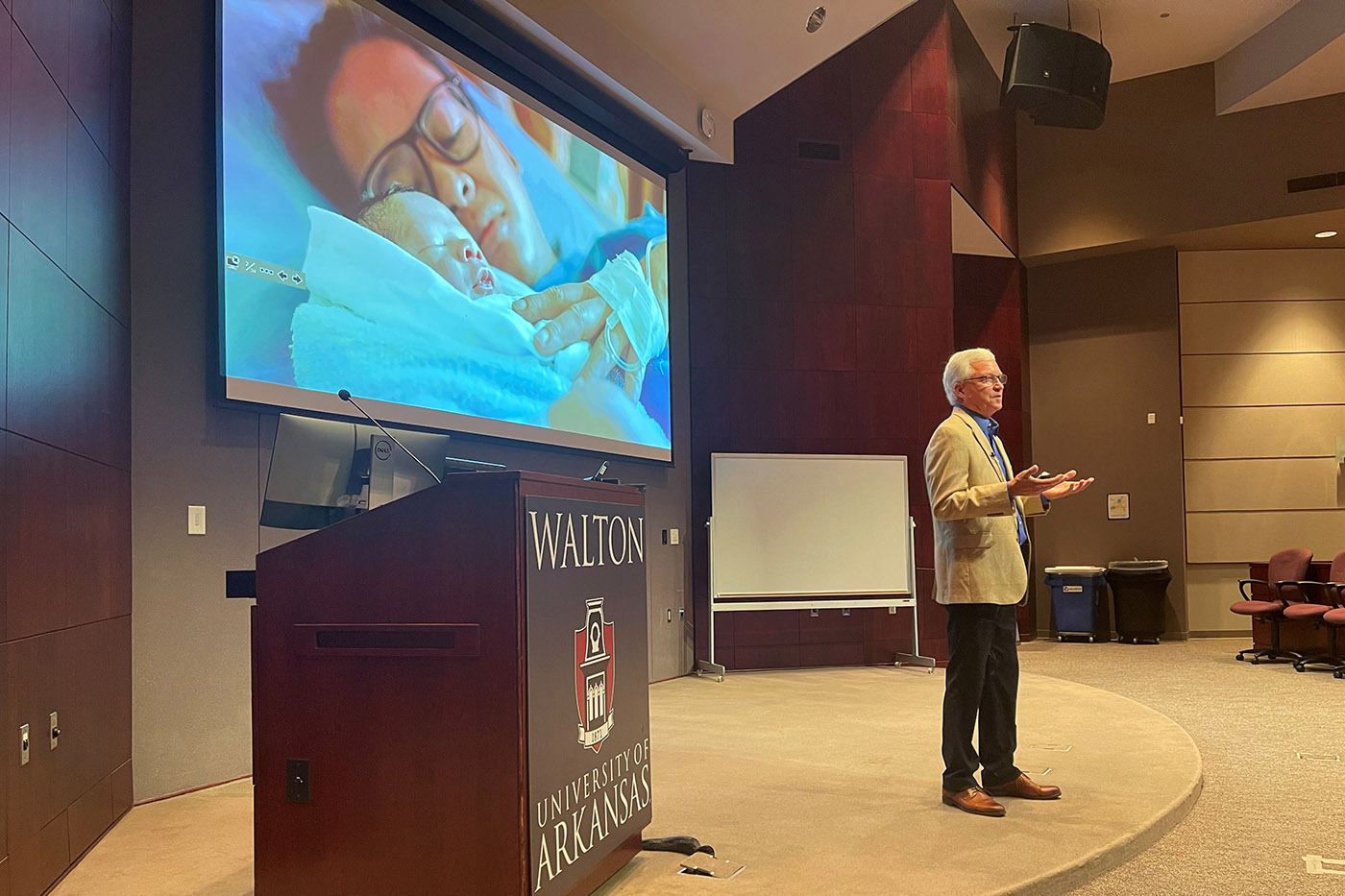 The deck is stacked against Arkansas children in at-risk ZIP codes from the day they are born, ACHI President and CEO Dr. Joe Thompson said in his keynote address Thursday, June 17, at the inaugural Northwest Arkansas School Health Summit at the University of Arkansas in Fayetteville.

Representatives of dozens of public and private organizations, including schools, healthcare systems, businesses, and nonprofits, attended the summit, which was organized by the Northwest Arkansas Council.

Thompson told the attendees that about 8,000 babies are born in Northwest Arkansas each year, a significant portion of them in ZIP codes where at least 50% of the population is at or below the federal poverty level.

He showed maps of Springdale and Fayetteville in which elementary school boundaries were overlaid with census block boundaries. By comparing the elementary schools’ letter grades given by the Arkansas Department of Education with statistics for the census blocks such as percentages of children living in poverty and percentages of adults reporting mental distress, Thompson demonstrated the connection between social determinates of health, or “ZIP code risk,” and poor school performance.

Interactive maps similar to the ones Thompson used in his presentation, along with maps of Little Rock, Fort Smith, and Jonesboro, are available on our website.

See news coverage of the summit on arkansasonline.com and talkbusiness.net.