Telemedicine utilization among Medicare beneficiaries was 30 times higher during the first 12 months of the COVID-19 pandemic compared to the 12 months preceding the pandemic, according to a recent report released by the Centers for Medicare and Medicaid Services (CMS).

The Medicare Telemedicine Snapshot report assesses the utilization patterns of Medicare beneficiaries who received telemedicine services between March 1, 2020, and Feb. 28, 2021. Data sources for the report include Medicare fee-for-service claims data, Medicare Advantage encounter data, and Medicare enrollment data. According to the report, the highest utilization occurred early in the pandemic, peaking around April 2020. Although utilization dropped off by August 2020, it remained consistent thereafter through February 2021.

ACHI has assessed telemedicine trends during a similar time frame for the state and public school health insurance plan, with trends from that analysis reflecting findings similar to the Medicare Telemedicine Snapshot report during the pandemic. As the graph below shows, April 2020 represented the month with the highest utilization of telemedicine services, with slightly reduced but still high utilization through the summer months into early fall 2020. Despite a reduction in telemedicine claims utilization from November 2020 through April 2021, telehealth claims were still up 67% in April 2021 compared to March 2020. 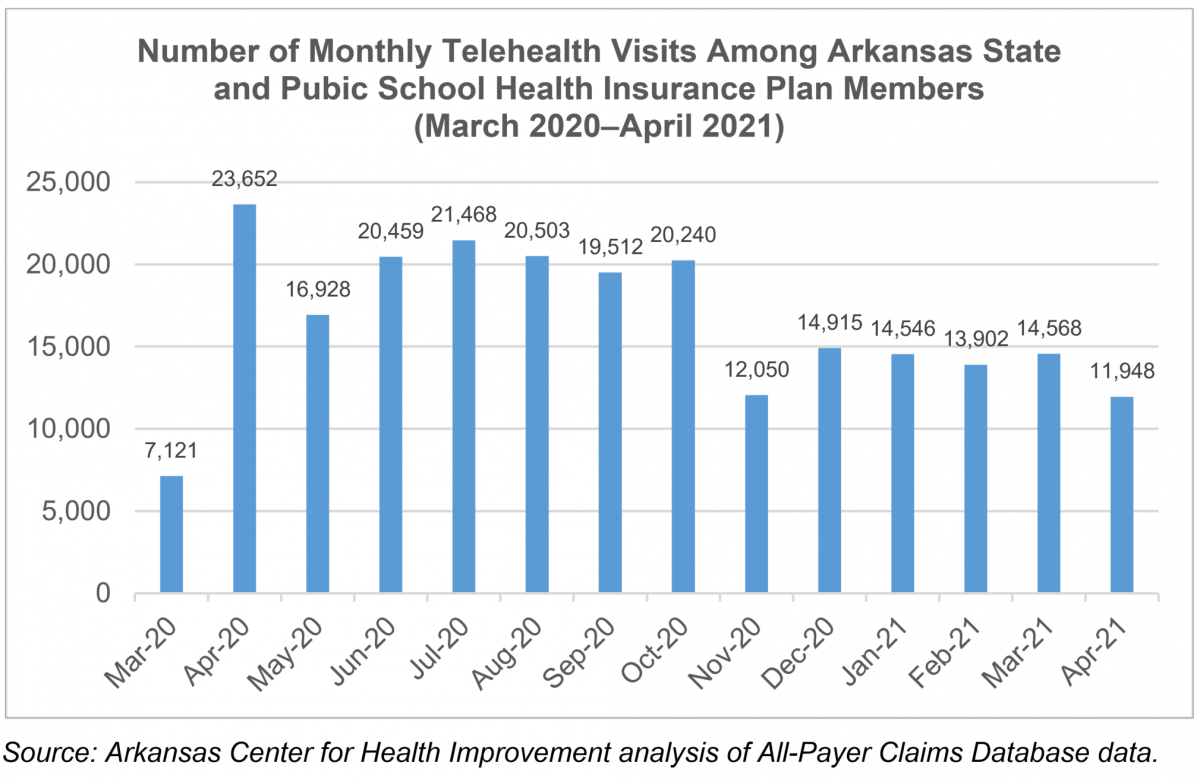