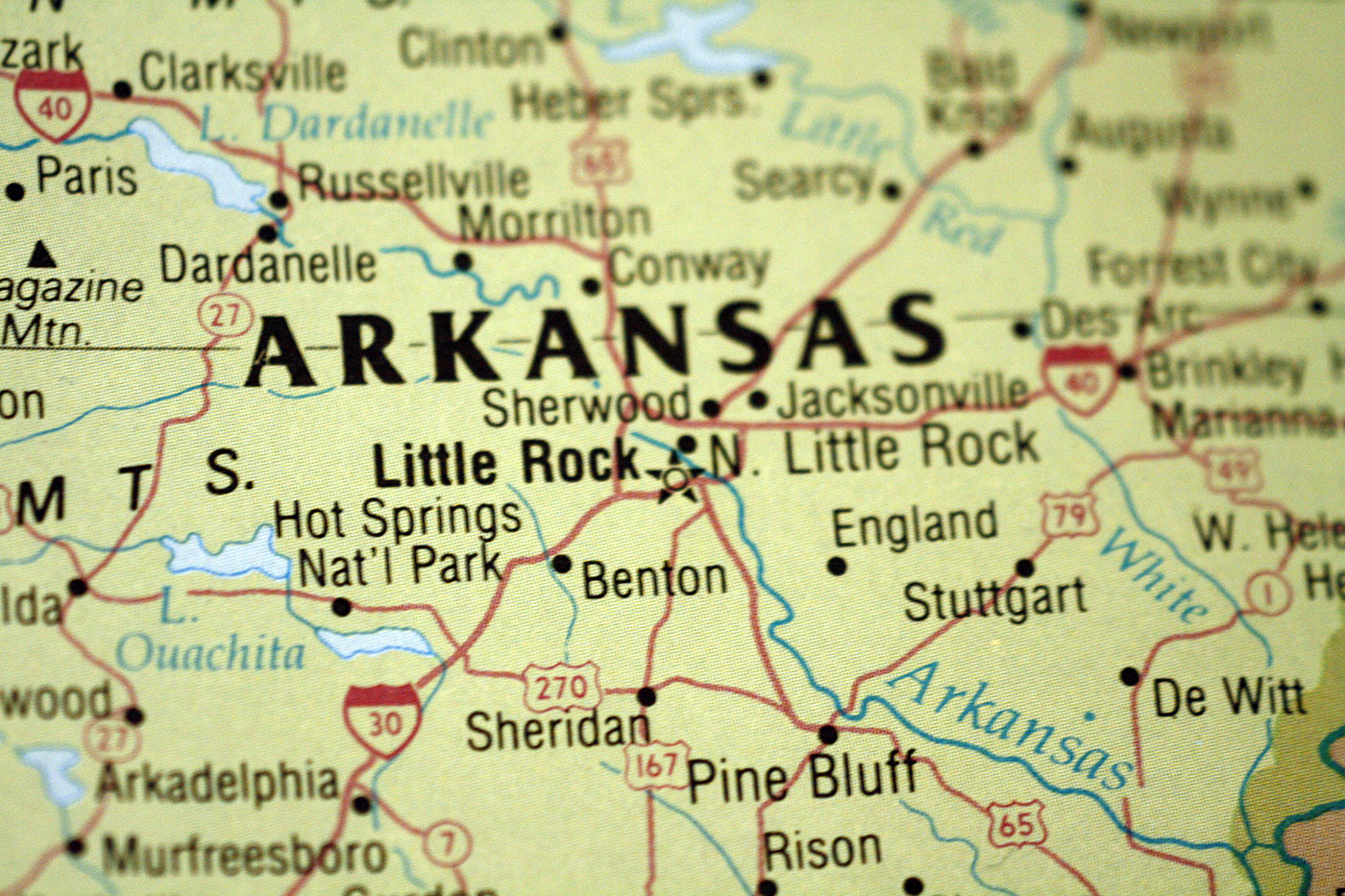 The health of Arkansans can vary greatly depending on where they live, a new report shows.

The annual County Health Rankings report ranks each state’s counties for overall health, or health outcomes, among county residents. The 2021 report, released Wednesday, March 31, shows that geographic health disparities continue to exist in Arkansas, with the highest-ranked counties being in Northwest and Central Arkansas and the lowest-ranked counties being in the Arkansas Delta.

The report provides overall health outcome scores for counties and estimates of the measures used to calculate the health outcome scores. These measures represent length of life or quality of life, based on years of potential life lost before age 75 per 100,000 population, the percentage of adults reporting fair or poor health, and the percentage of live births with low birthweight.

The report ranks Benton, Washington, and Saline counties as first, second, and third, respectively, in Arkansas in terms of overall health outcomes. The lowest-ranked counties are Desha (73rd), Monroe (74th) and Phillips (75th), and other Delta counties also tend to rank below counties in other parts of the state.

The report also ranks counties for overall health factor scores, based on factors that are predictors of how healthy a community is likely to be in the future, including health behavior, clinical care, physical environment, and social and economic factors. Measures that fall into these categories include the percentage of current adult smokers, the ratio of the population to primary care physicians, the percentage of children under 18 in poverty, and the average daily density of fine particulate matter in micrograms per cubic meter. Estimates of these measures can help identify opportunities for improving health outcomes for the counties’ residents.

Twenty-six out of 34 of Arkansas’s health outcomes and health factors ranked measures fall below national estimates. Some of these measures include: 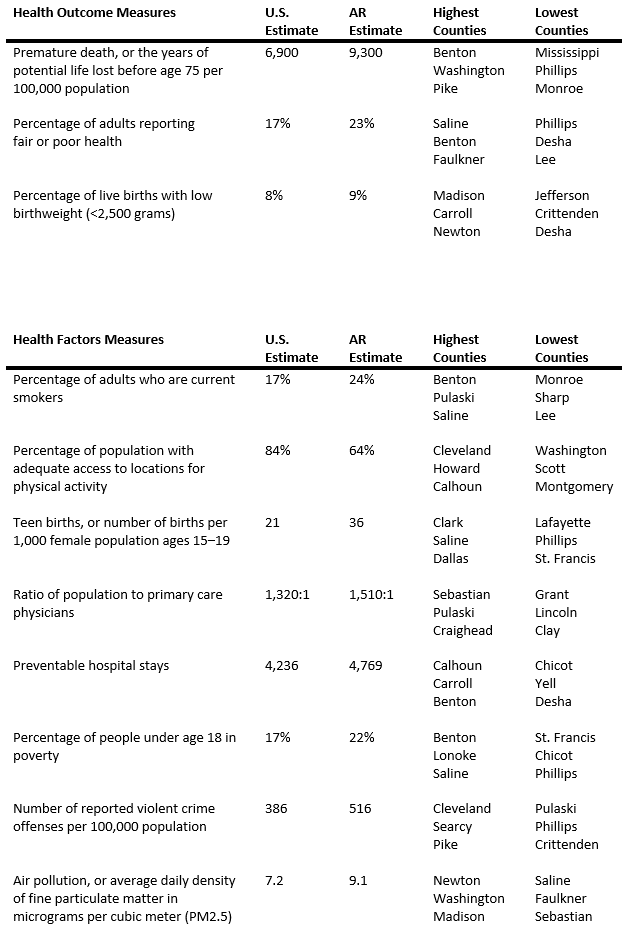 Arkansas estimates that are equal to or better than national estimates include:

This year’s rankings do not include COVID-19 deaths and the impact of COVID-19 on counties; however, this information is expected to be included in the 2022 rankings. Also, while monitoring the trends of the measure estimates is helpful for tracking progress over time, an exact year-to-year comparison is not always available for each measure due to substantial changes in the calculation of a measure or changes in the data source. County Health Rankings has published a full list of these changes over time.