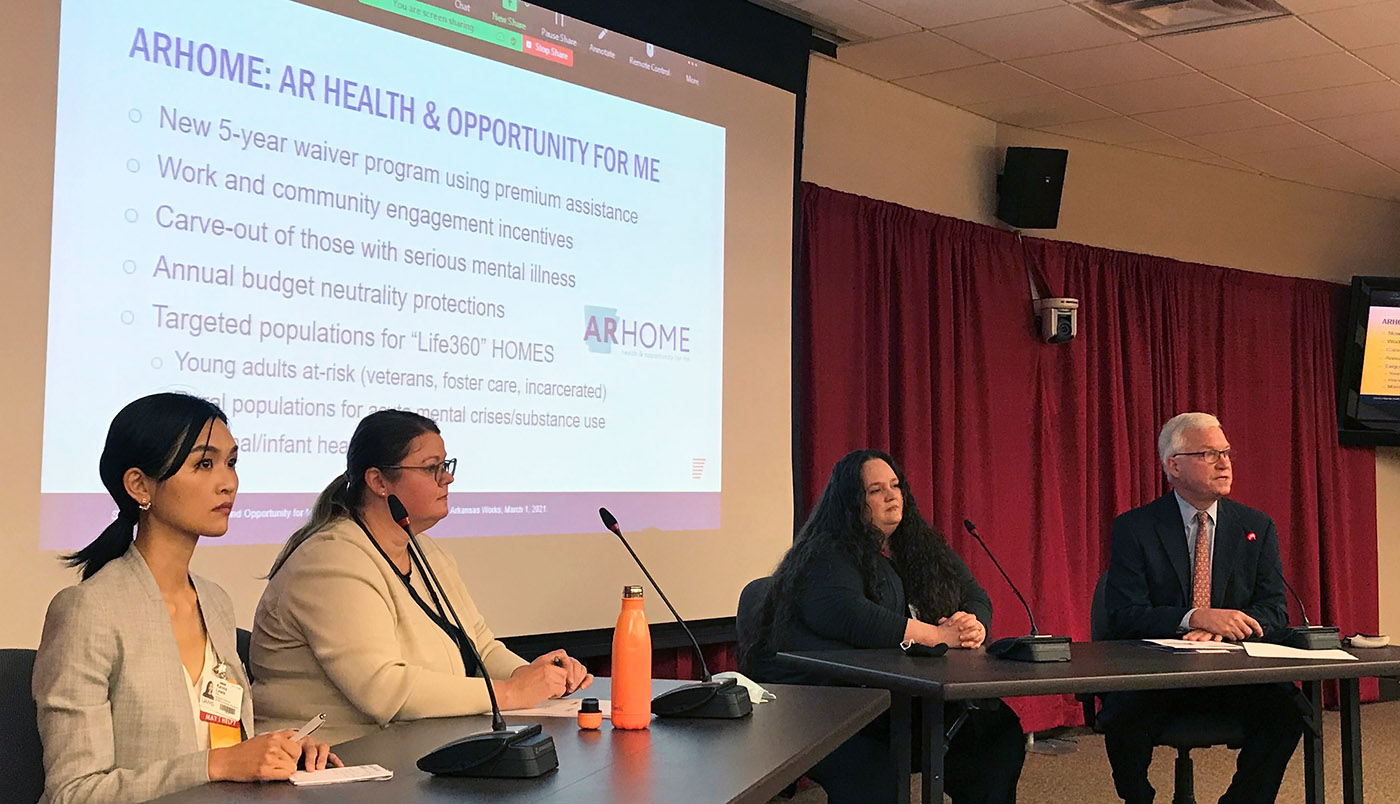 Arkansas’s Medicaid expansion program offers opportunities to improve child health in the state through evidence-based home visiting programs, researchers with ACHI, the University of Arkansas for Medical Sciences (UAMS), and Arkansas Children’s Hospital said today (May 20) in a presentation that was part of the Arkansas Department of Health’s Grand Rounds lecture series.

ACHI President and CEO Dr. Joe Thompson gave an overview of Arkansas’s Medicaid expansion program and discussed the revamped version, Arkansas Health and Opportunity for Me (ARHOME), which was approved during the most recent legislative session. The program will take effect next year, pending federal approval of a new five-year Section 1115 Medicaid waiver.

Among the components of ARHOME is the “Life360 HOME” approach targeting three high-risk populations: rural residents; infants and pregnant women; and young adults at risk of long-term dependency. 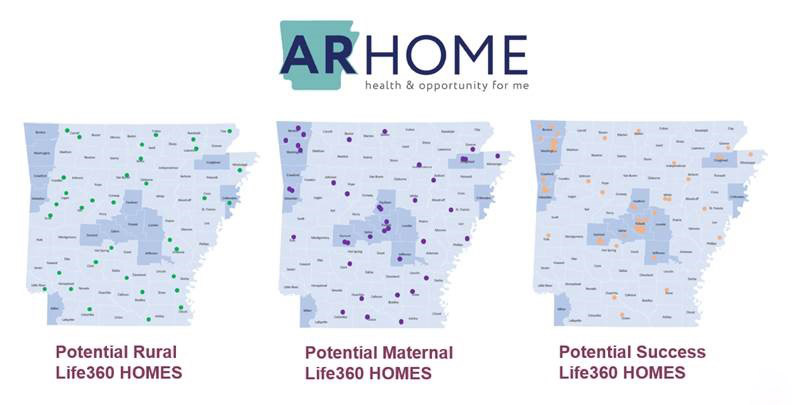 Thursday’s presentation focused on the part of ARHOME aimed at improving maternal and infant health and reducing Arkansas’s high infant mortality rate. Thompson said that under the program, hospitals across the state will have the opportunity to become “Maternal Life360 HOMES” offering evidence-based home visiting services for women with high-risk pregnancies and children in the first two years of life.

Thompson said he believes it has not been recognized that there is growing evidence for what works in Arkansas that could support ARHOME’s maternal and infant efforts in local hospitals.

Several home visiting programs are already operating in Arkansas, and scientific evaluations of at least two of the programs have produced “some pretty astounding results that I think have been unrecognized and I want to make sure that we uncover as we go into this waiver process,” Thompson said.

Dr. Lorraine McKelvey, an associate professor at UAMS’ Department of Family and Preventive Medicine, and Dr. Kanna Lewis, an assistant professor at the Department of Family and Preventive Medicine and assistant director of health policy research at ACHI, shared their findings from evaluations of two home visiting programs, Following Baby Back Home (FBBH) and Healthy Families America (HFA). A report on the FBBH evaluation is available online.

In his concluding remarks, Thompson said, “I think this is an opportunity to accelerate and expand support for mothers and newborns,” but he cautioned that “any time you take an [evidence-based] program and you spread it out in the local communities, there is an attenuation of fidelity to what we know works. There’s going to be a need to maintain that fidelity so that we make sure that we get the outcomes that our evaluations are demonstrating with reduced infant mortality, improved immunization rates, the maternal benefit that has been documented, so that we truly reach the goals that we all share.”