Op-ed: Medicaid Expansion Works in Deep Red Arkansas. It Would Work in North Carolina Too 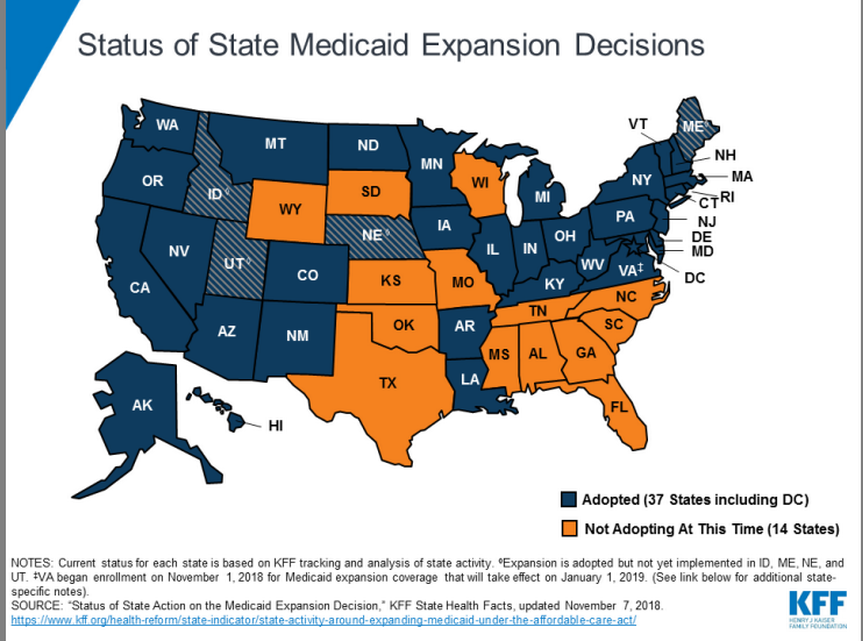 Read the full piece on newsobserver.com.

My home state of Arkansas is unusual among Southern states in having adopted Medicaid expansion early and in our own fashion.

I was Arkansas’ surgeon general in 2013 when the state first faced the question of whether to expand Medicaid. Like North Carolina now, Arkansas then had a Democratic governor and a Republican-controlled legislature. Fortunately, we avoided an impasse; lawmakers on both sides of the aisle came together to approve an innovative alternative to traditional Medicaid expansion that provides private health insurance coverage to about 250,000 people earning up to 138% of the federal poverty level.

The effect on Arkansas’ uninsured rate was swift and dramatic. A 2015 Gallup report showed that since Arkansas’ Medicaid expansion program took effect in January 2014, the state’s uninsured rate had been cut roughly in half, dropping from 22.5% to 11.4% ― the biggest reduction in the nation.

According to the U.S. Census Bureau, Arkansas’ uninsured rate was 8.2% in 2018. North Carolina’s was 10.7%, the ninth-highest rate in the nation. Arkansas’ reduced uninsured rate led to a 55% reduction in uncompensated-care losses at hospitals. This has been especially important for rural hospitals, which treat many low-income patients.

Since January 2010, only one rural Arkansas hospital has closed for financial reasons. In the five neighboring states that have not expanded Medicaid, more than 50 rural hospitals have closed, according to the Cecil G. Sheps Center for Health Services Research at the University of North Carolina at Chapel Hill.

Expanding Medicaid also has helped stabilize Arkansas’ health insurance market, improve competition and control premiums. Since 2014, at least three insurers have offered plans through the Health Insurance Marketplace in each county in the state. The competition encourages low rates: In 2014, 38 states had marketplace premiums lower than Arkansas’; today, only six states have lower premiums.Medicaid expansion has brought billions of new federal dollars into Arkansas’ economy: $1.7 billion between January 2014 and June 2015 alone, according to the Kaiser Family Foundation. Arkansas also is saving money because some individuals previously covered under traditional Medicaid, which in Arkansas is 30% state and 70% federally funded, are now covered under Medicaid expansion.

Arkansas has become a firmly red state, but it has reauthorized its Medicaid expansion program with a supermajority vote every year because of the demonstrated benefits to the working poor, the economy and the health care infrastructure. Last year, Arkansas added a work and community engagement requirement that currently is blocked by a federal judge’s order, but however that issue ultimately is resolved, it is clear that Medicaid expansion has had tangible, positive results. There’s a reason the number of states rejecting it continues to shrink each year.