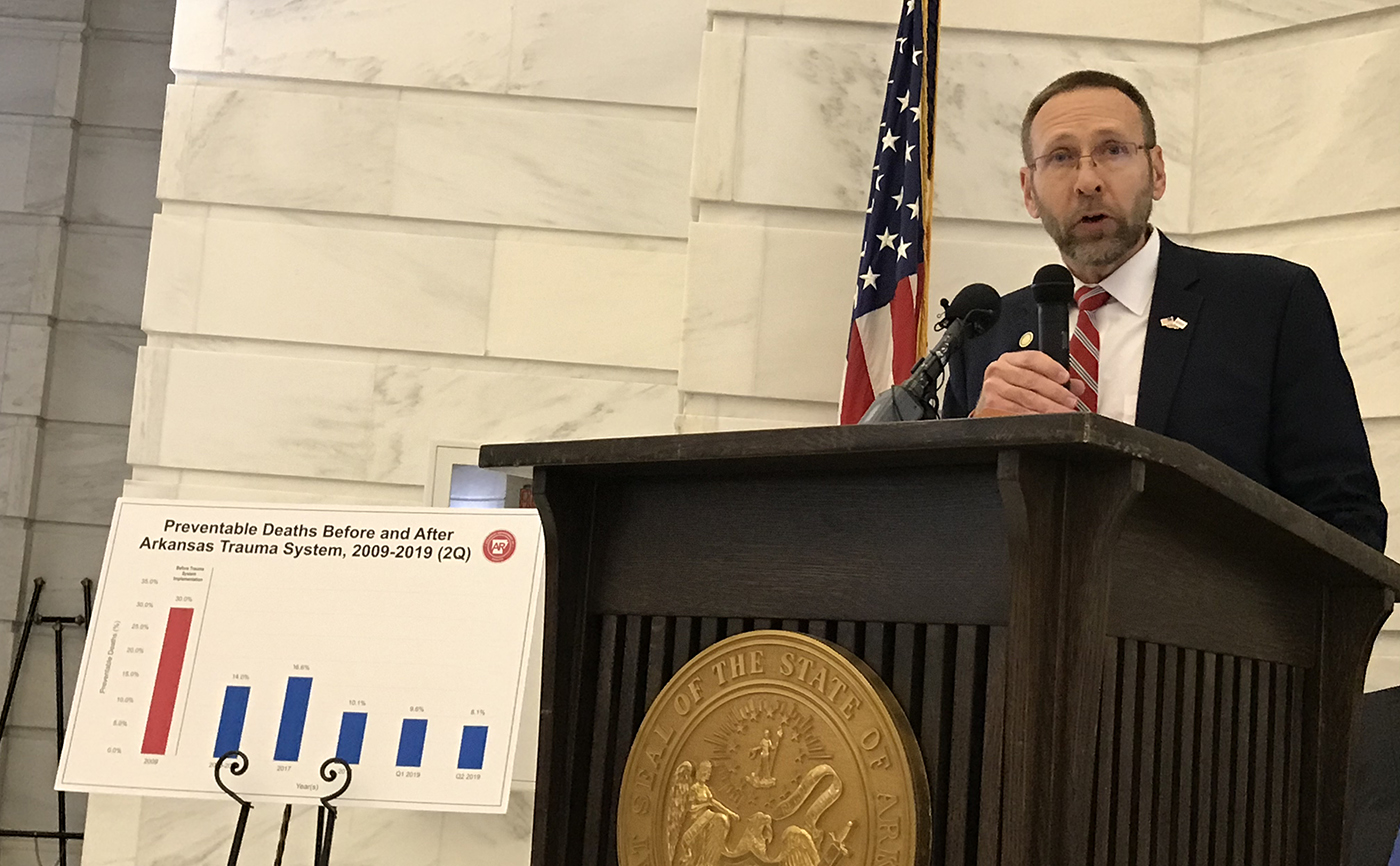 The Arkansas Trauma System has reduced the rate of preventable deaths from injuries in the state by more than two-thirds, health officials said today (Jan. 17) during a program at the state Capitol celebrating the system’s 10th anniversary.

“Time can mean the difference between life and death when a traumatic injury occurs,” State Health Officer and Arkansas Department of Health Director Dr. Nate Smith said. “That’s why we’re fortunate to have the Arkansas Trauma System.”

In 2009, the Arkansas General Assembly authorized creation of the trauma system and approved a significant increase in the state’s tobacco tax to pay for it and other health programs. Stakeholder groups, including ACHI, had worked to educate lawmakers about the urgent need for a trauma system: At the time, Arkansas was the only state with no designated trauma center.

A trauma system is a network of hospitals designated as trauma centers, which means they have made commitments in personnel, training, and equipment to provide immediate care for patients with traumatic injuries. The system seeks to save lives by ensuring that a patient gets to the right place for the right care as quickly as possible.

Trauma centers in the Arkansas Trauma System are designated as Level I, II, III, or IV, with Level I providing the highest level of care. There are two Level I centers in Arkansas, the University of Arkansas for Medical Sciences and Arkansas Children’s Hospital, but four others ― in Springfield, Mo., and Memphis, Tenn. ― participate in the system and receive funding from Arkansas. Sixty-two centers are participating in the system currently. The Arkansas Trauma Communications Center, a dashboard operated by Metropolitan Emergency Medical Services of Little Rock, coordinates transport of trauma patients statewide.

“The state saw a decrease in preventable mortality shortly after implementation of the trauma system, and since 2009, preventable trauma deaths in the state have dropped from (a rate of) 30% to 8.1%,” Smith said at the anniversary celebration organized by the Department of Health. “We started out higher than the national average, and now we’re considerably below the national average. That’s a tremendous success story.”