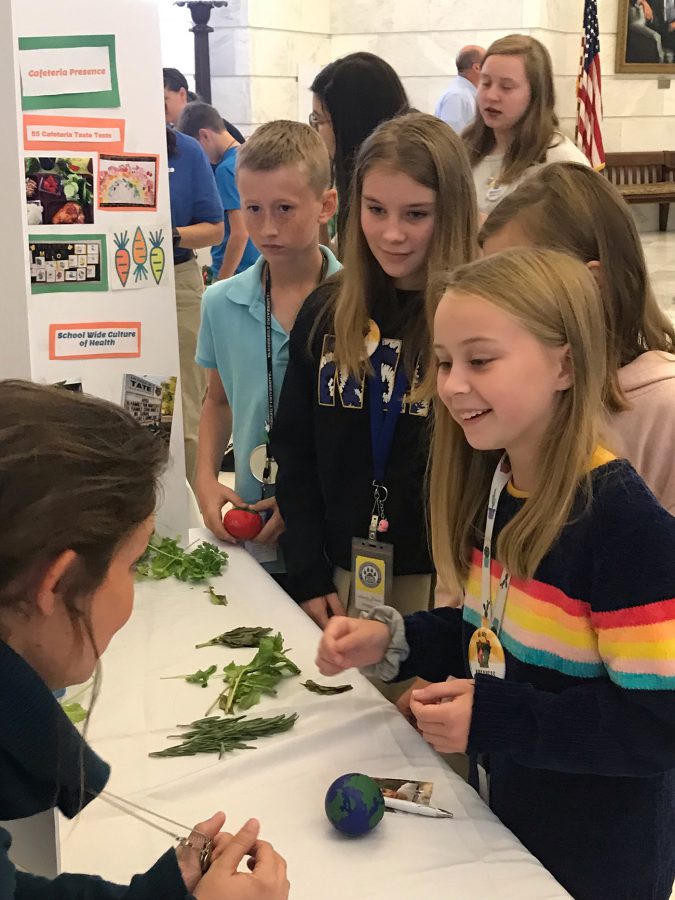 Gov. Hutchinson made the announcement during an event, held Tuesday at the state Capitol, celebrating Arkansas’s Farm to School program. He said that making fresh, healthy foods available to students improves their diets and promotes the priorities of the Healthy Active Arkansas initiative, a 10-year plan for increasing the number of Arkansans at a healthy weight. ACHI is a partner in Healthy Active Arkansas.

The event featured a showcase of informational exhibits on farm to school efforts by schools, farmers, nonprofits, and government agencies, as well as the presentation of awards to the following 2019 Arkansas Grown School Garden of the Year Contest winners:

The Arkansas Grown School Garden of the Year Contest was created by the Arkansas Department of Agriculture and Farm Credit Cooperatives of Arkansas in 2014. The program promotes the involvement of young people in the process of fresh food production and cultivation. Farm Credit provides the monetary awards.