ACHI President and CEO Dr. Joe Thompson gave a talk at Bentonville High School that touched on the history of tobacco policy efforts, the prevalence of electronic cigarette use among Arkansas public high school seniors, and the current outbreak of vaping-related illnesses and deaths. He also moderated a panel discussion with fellow doctors.

Dr. Thompson said existing tobacco restrictions imposed by the government and self-imposed by the tobacco industry came about over several decades, but momentum around restricting e-cigarettes has moved much faster, driven by rapidly rising rates of teen addiction to vaping and serious lung illnesses experienced by more than 1,000 users of e-cigarettes.

For a timeline of key events in the history of tobacco policy efforts nationwide and in Arkansas, see our infographic.

Dr. Thompson also noted that teen vaping is trending upward in Arkansas. In the 2018 Arkansas Prevention Needs Assessment survey, 44.3% of Arkansas public high school seniors said they have tried vaping at least once, up from 39.3% in 2017. 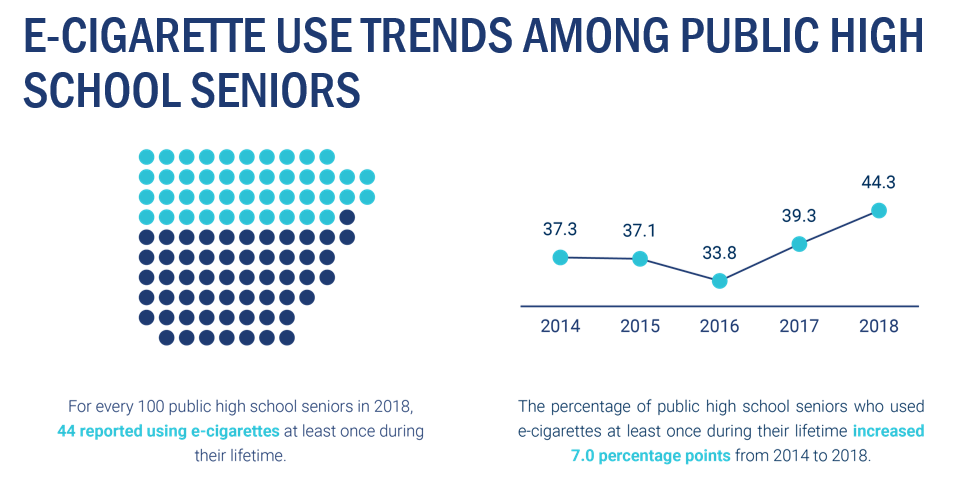 Dr. Thompson also discussed the latest information from the Centers for Disease Control and Prevention and Arkansas health officials on vaping-related lung illnesses.

Read more about the summit at: