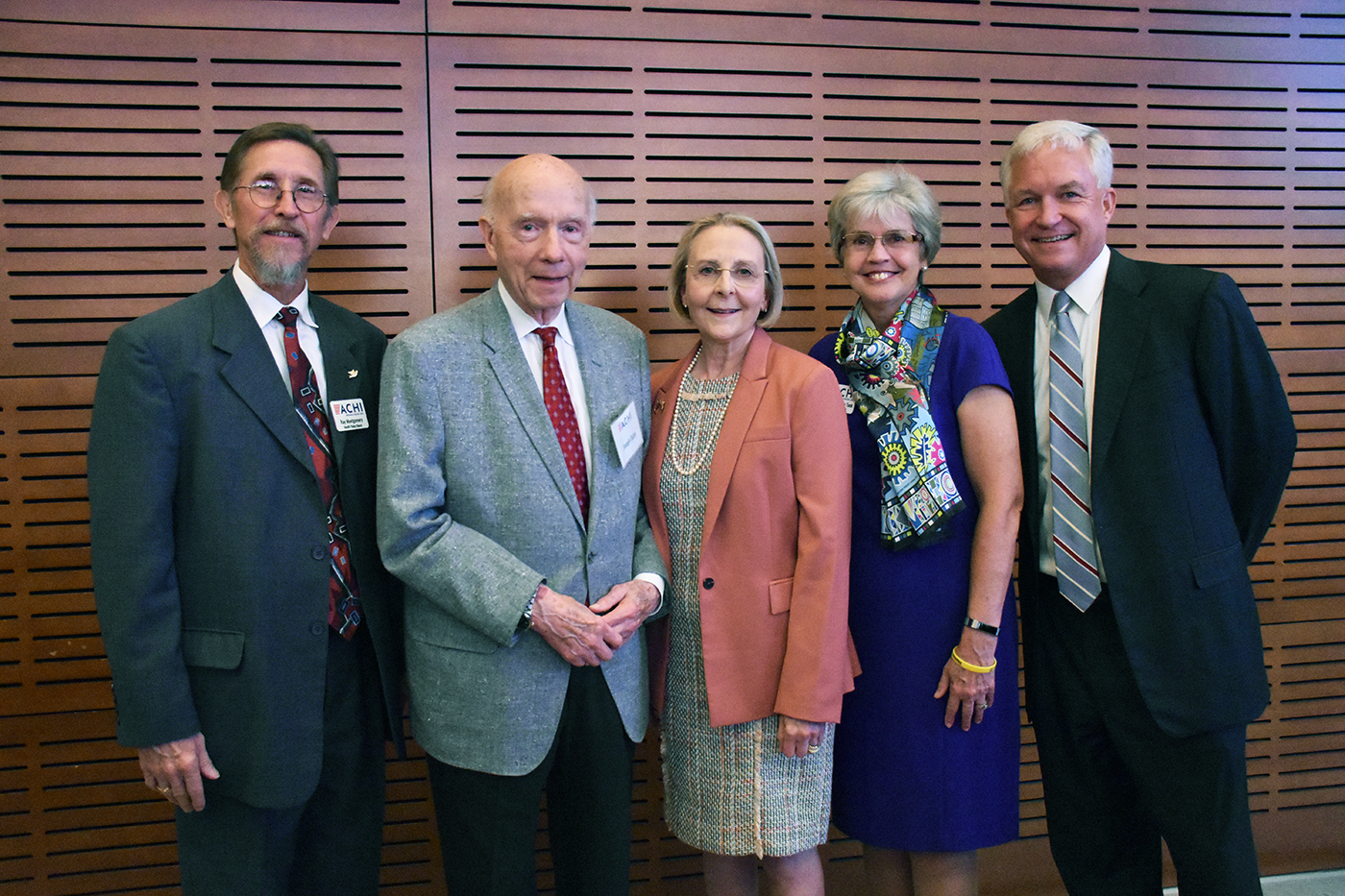 ACHI has named Amy L. Rossi as the recipient of the 2019 Dr. Tom Bruce Arkansas Health Impact Award for her lifetime of service to children and families in Arkansas.

Rossi received the award Monday night at the annual Friends of ACHI Appreciation Event at the William J. Clinton Presidential Library and Museum. The award is given to an individual who embodies the late Dr. Tom Bruce’s lifetime of service by demonstrating courageous leadership and a sustained record as a catalyst for improving the health of all Arkansans, and who exemplifies the core values of ACHI: trust, commitment, innovation and initiative.

“Amy’s legacy will continue to be felt across the state, said ACHI President and CEO Dr. Joe Thompson. “She has helped train, mentor and is still a role model for so many, and those people are going to perpetuate the positive path, the principled decision-making, and the advocacy that she personally and professionally represented through her contributions to families all over Arkansas.”

Rossi began her career as a therapist at a treatment facility for emotionally troubled teenagers. She later was on the faculty of the University of Arkansas School of Social Work, as a trainer for youth service workers. She worked at Arkansas Advocates for Children and Families for 23 years, 15 of them as executive director.

After retiring from Arkansas Advocates for Children and Families in 2004, Rossi continued to impact the Arkansas healthcare landscape, first as associate director for policy at ACHI and later as vice president for innovation and strategic development at AFMC. Her many accomplishments in Arkansas include serving on the Governor’s Commission on Juvenile Justice, which designed a new juvenile court system for Arkansas, and bringing the federal school breakfast program to all eligible children in the state.

Rossi is perhaps best known for her tenacious and principled appeal to Gov. Mike Huckabee for the Medicaid expansion initiative that would become the ARKids First program of health insurance for children of the working poor. The program, which celebrated its 20th anniversary in 2017, now provides coverage to more than 70,000 children across the state.

Dr. Tom Bruce, the namesake for the Health Impact Award, was dean of the state’s college of medicine for a decade and a pioneer in the field of community health. He is remembered for improving and expanding the college of medicine and for addressing a shortage of physicians in the state’s rural areas through the formation of the Area Health Education Centers (AHECs), which bring physician trainees to less-populated areas of Arkansas. He and his wife, Dolores, also paved the way for the establishment of ACHI with a $100,000 seed donation.

Rossi is the fifth person to receive the award. ACHI previously presented the award to Dr. Joseph H. Bates in 2016, Dr. Joycelyn Elders in 2017, and Ben Owens Sr. and Dr. Kent Westbrook in 2018.