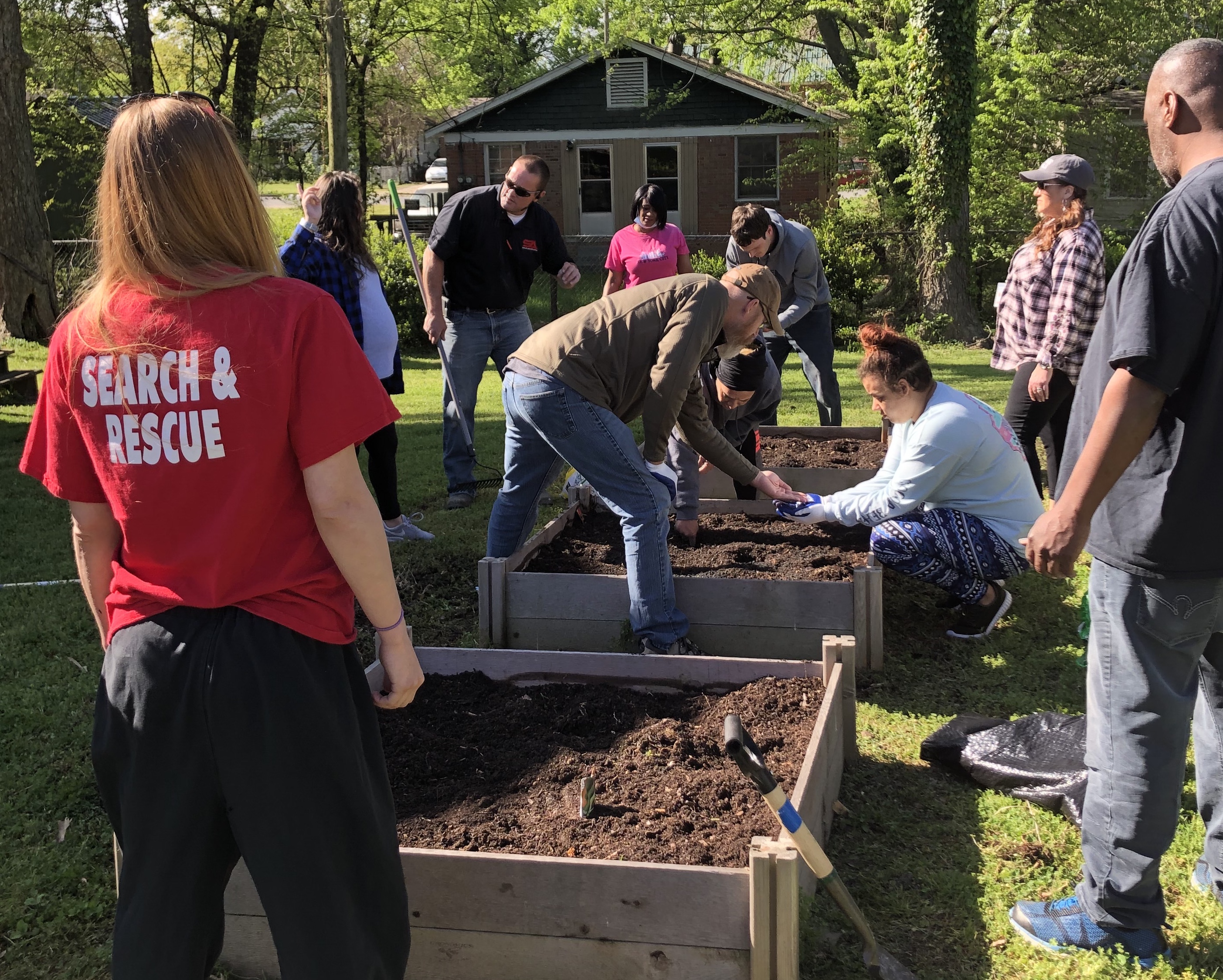 In the spring of 2018, the Arkansas Center for Health Improvement built raised gardens and planted vegetables in Little Rock’s 12th Street corridor in an effort to make fresh, healthy food available in the area after the neighborhood’s last grocery store shut down, creating a food desert. A year later, several organizations and many volunteers are renewing that effort and expanding it.

On Friday, April 12, Better Community Development (BCD), AmeriCorps VISTA, and Volunteer Arkansas organized a garden workday called Just Dig It!! Volunteers, including some neighborhood residents, replanted seven of the raised gardens donated in 2018 by ACHI and planted a new community garden, all on properties of BCD at or near its EmPowerment Center at 3604 W. 12th St. ACHI staff members also returned to assist with the project.

Holly Taylor, health and wellness coordinator for BCD, said efforts are underway to reopen a neighborhood grocery store, but in the meantime, the gardens will serve as a much-needed source of healthy food for the low-income area.

“It’s cool because everything is in walking distance,” she said.

ACHI launched the gardens project as one of its final efforts in the Robert Wood Johnson Foundation’s Invest Health initiative. In March 2018, the center built and planted 11 raised gardens in the 12th Street corridor, some of them at private residences. Craig Wilson, health policy director for ACHI, said he was pleased to see the project carried on by other organizations.

“The fact that the community, including Better Community Development, have taken up the cultivation of the raised gardens I think is beneficial to some long-term sustainability and continued access for health foods in the area,” he said.

The EmPowerment Center provides housing, treatment, life skills and career training, and other services to people in desperate circumstances. Alfred Gordon, assistant manager of the supportive housing program, said an unexpected late freeze killed some of the vegetables ACHI planted in 2018, but most survived and were greatly appreciated.

Taylor said she believes the residents benefit not only from eating health food but also from the experience of tending the gardens.

The community garden also will provide food for children served by BCD’s afterschool program, and a section of the garden will be tended by the kids, Taylor said.